We were saddened to learn that Abbot's Hill School's Life President, Lady Stuart-Smith, passed away on Saturday 12 December 2015.

Lady Stuart-Smith MA (Cantab), JP, DL, was created Life President of Abbot’s Hill on her retirement as Chairman of the Board of Governors in 1997. She was a Justice of the Peace who sat on the Watford Bench for 30 years. She was married to Lord Justice Stuart-Smith. 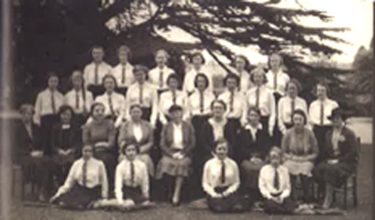 Lady Stuart-Smith at Abbot's Hill, 1939. She is sititng on the far right on the front row, infront of the teachers.

Her life was celebrated in a Senior School assembly on Friday 8 January where Mrs Thomas showed the girls some photographs of Joan as a boarder at Abbot’s Hill and explained her connection to the school.

The assembly shared some of Joan’s memories that she had remembered when speaking to the author of the Abbot’s Hill School Centenary book in 2012, including how the girls were made to eat every scrap of food at mealtimes (the food was not as good in those days!), taking shelter when the air raid sirens sounded during the Second World War, and her best subject of English which Joan went on to study at Oxford University.

Through her determination throughout school and her studies, Joan has become an excellent role model for Abbot’s Hill girls today. 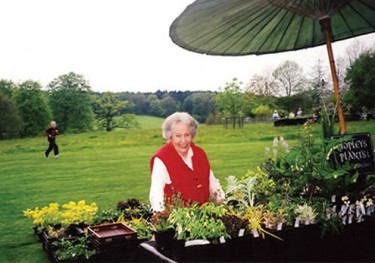 Lady Joan was a keen gardener. She began growing fruit and veg out of necessity but it quickly became a passion. The AHOGA Committee have donated an 'AHOGA Cup' to be presented at Commemoration Day each year. More... Yesterday was a day of multiple celebrations at Abbot's Hill! More...